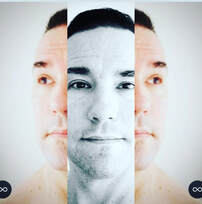 After his turn as Richard Loving on the Travel Channel's, MYSTERIES AT THE MUSEUM,
David was asked back to portray Henry Breault, heroic submarine sailor, awarded the Presidential Medal of Honor in 1941.

TEMPLE by David Brian Colbert
Pages from David's newest play, TEMPLE, were presented at the 20th installment of
THE PLAYGROUND EXPERIMENT.

STILL WATERS by Dennis Courtney and David Brian Colbert
The life and Music of the Legendary ETHEL WATERS.
Featuring such iconic songs as Stormy Weather, His Eye Is On The Sparrow, Am I Blue, Suppertime and many more...
www.broadwayworld.com/off-off-broadway

C.O.A.L. (confessions of a liar)- by David Brian Colbert
opened Off-Broadway in March of 2015 under the direction of Craig Baldwin at the prestigious 59E59 Theaters.
*FINALIST for the O'Neill Playwright Conference 2012
**Critics Choice Appalachian Festival a of Plays and Playwrights
***Selection for The Fundamental Theater Project's MASS RHETORIC - Reading Series

Broadwayworld.com
"Thought provoking theater done just right."
ManhattanwithaTwist.com
"Everyone hear this now! New work in theater is alive and well!"
Talkin'Broadway
"C.O.A.L. has a power to disturb that creeps up slowly on it's audience."